On November 12th 2015 Her Majesty's Revenue and Customs announced its decision to close its network of over 100 offices across the UK, with the creation of 13 Regional Centres in their place. 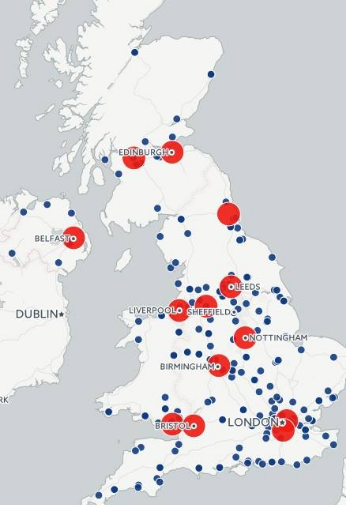 For East Kilbride this will mean the loss of over 2,500 jobs following the closure of HMRC's three offices located in the town as jobs are moved to the new Glasgow Regional Centre, after many years as one of the main employers in the town.

These closures are currently due to begin in 2020/21 with the closure of Plaza Tower, which houses approx 800 members of staff. This will be followed by the closure of Queensway House due by 2025/26, however this is dependent on negotiation of an improved lease agreement with the current landlord. HMRC have advised that the majority of its staff will be relocated to the Glasgow office throughout this period. In addition it's office in Hawbank Road remains subject to an ongoing review on its future also.

PCS, as one of the recognised Trade Union's in HMRC, represent the majority of staff based in HMRC's East Kilbride offices and are opposed to these plans, which we were not consulted on.

PCS believe they pose a significant threat to the operation of HMRC, its service to the public, the working lives of its staff as well as the local communities where HMRC are currently based.

MPs and tax experts have previously supported the view that a visible, local HMRC presence is essential to maintaining confidence in our tax system and to ensuring taxpayers comply with their obligations.

The Stay In EK campaign demand that HMRC cease these proposed closures and that their proposals are;

This campaign has been set up by local PCS members in East Kilbride aiming to engage with our members, the general public, our elected representatives in Parliament as well as local businesses and organisations to oppose HMRC's current proposals based on the threat they pose to East Kilbride, its local population and its future generations.

For details on how to support the campaign and upcoming events, follow the links at the top of this page for more information. 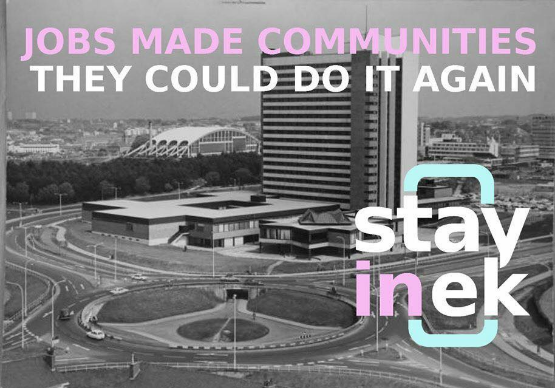