It is worth noting that the position of the three PCS branches scheduled to transfer into the Glasgow Regional Centre – East Kilbride, Glasgow & Cumbernauld – is unanimous opposition to the office closures & the job cuts which are threatened should the Building Our Future program go ahead as planned. We collectively agree that HMRC needs investment in technology & skills and that HMRC needs to recruit more staff whilst retaining the
existing knowledge base – thousands of years of experience. The decline in staffing numbers over the past decade & a half is being felt across the Department - it isn’t a huge leap in logic to equate this idealogically-driven attack on our tax-collecting agency with the decline in the UK’s ability to fund key services like education & the NHS. The tax gap of over £100 billion remains static despite HMRC’s propaganda to the contrary - £100 billion the Treasury should be first actually collecting and subsequently investing in making our lives healthier, more prosperous and more fulfilling.

This being said, an invitation to participate in the forum which will effectively determine the prospects of over 5000 of our colleagues based in Plaza Tower, Queensway House, Portcullis House, Cotton House & St Mungo’s Road is an invitation we can’t responsibly decline. Any chance we have to express the views, needs & concerns of our members should be seized upon.

The main points addressed at the meeting were:

2) The Strategic Readiness Plan - HMRC’s preparations for the move into the Glasgow Regional Centre. Currently at the “Business Readiness” stage, meaning Line Of Business Heads will be asked to determine what resources are required to function in the Regional Centre – most importantly staffing numbers. The plans previously published on the BoF Intranet site have changed and - dependant on the outcome of the  Business Readiness plan- could yet again change. Factors such as Brexit’s effect on the shape of the Customs Union will have an impact. The change in approach to Making Tax Digital (as detailed in Chief
Executive Jon Thompson’s recent Intranet article) will also make a difference, as the numbers required in Customer Service may not be as low as originally forecast. Plans are being made to prepare managers for the upcoming 1-2-1 meetings which will be required for all staff moving building - including staff who may move from Plaza Tower to Queensway House. Overall in HMRC 33k+ staff will require a 1-2-1 meeting. PCS reps are blocked from accompanying members in these meetings – a decision made by the Cabinet Office back when BoF plans were announced. It is incumbent on us to ensure we are fully prepared, that
we have given our members all the support we possibly can before and during the 1-2-1 process.

3) Smarter Working – Surface Pros & the possibility of home working; unsocial opening hours & the reduced capacity of the Glasgow Regional Centre; customer demand & dwindling transformation budgets - all these variables point towards a risk of attacks on our terms & conditions in the short-to-medium term. Current plans are for the Glasgow Regional Centre’s opening hours to be 7am to 10pm on weekdays and 7am to 4pm at weekends. There is a real possibility of these opening hours being extended. We are keeping a close eye on these developments as they occur, our principle position being to fight to protect the hard-earned terms & conditions of all our members - especially those who work on the front line of
customer service. It is incumbent on us to show solidarity with campaigns like East Kilbride’s Stay In EK Campaign & Cumbernauld’s office closures campaign as saving jobs & offices is our best response to the reckless BoF plans.

4) Plaza Tower staff are due to move to Queensway House by the end of 19/20, meaning 1-2-1s are likely to commence in the next 16 months. It was also mentioned that the transfer of staff from East Kilbride to the Regional Centre may be accelerated though no further detail was given. In this short-term model we foresee a huge challenge to our members, PCS and the business. The most obvious challenge being trying to fit 5000 FTE into a building with 2670 Capacity.

Following on from the publication of the Fighting for Tax Jobs, Fighting for Tax Justice report that was published by PCS Scotland earlier in the year, East Kilbride MSP Linda Fabiani led a Members Business debate highlighting the findings of the report and the impact these will have on East Kilbride, as well as the rest of Scotland and our local communities.

Contributions were also made from Graham Simpson MSP as well as supporters of our sister campaigns in other HMRC offices. You can rewatch the full debate on the Scottish Parliament website. 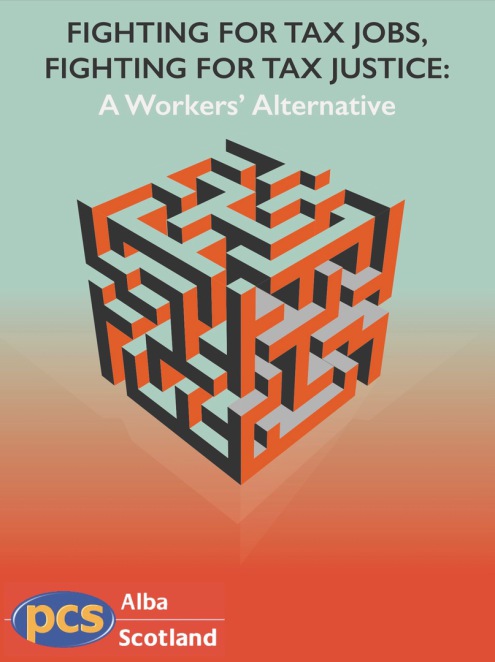 As part of the ongoing campaign against office closures in HMRC, PCS has published a devastating critique on the impact of 'Building Our Future' on the Scottish economy.

The report, launched at the Scottish Parliament earlier this month, is the culmination of over 6 months of research and workshops held with members in every tax office across Scotland. It details the impact on many towns across Scotland, including East Kilbride, along with the recommendations of PCS to avoid these totally unnecessary and damaging cuts to local communities across Scotland.

You can download a copy of the full report below.

Ahead of the Scottish Parliament elections on Thursday (5th May), last week we wrote to the local candidates standing in East Kilbride regarding the Stay in EK campaign.

We feel it is important that the Scottish Parliament plays its part in challenging the damaging closures proposed in East Kilbride, as well as across the country, by HMRC that will remove so many jobs from the town and cause huge damage to our local communities and economy.

Therefore we feel it is important that supporters of our campaign know that who they are voting for will use their position to fight for our members based in East Kilbride and to call for an end to the closures proposed in the town.

A copy of the letter is available here

Responses received are below.

A blank space indicates no response has been received from the candidate so far.

You can select any of the candidates above to tweet them regarding our campaign ahead of the election.

If you are a candidate and would like to confirm your position on our campaign then please email campaigns@eastkilbridepcs.org.uk and we will update your response. #StayInEK 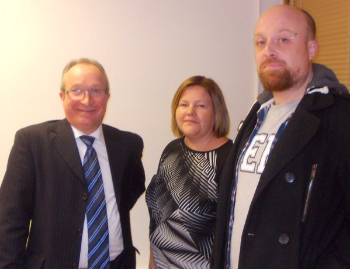 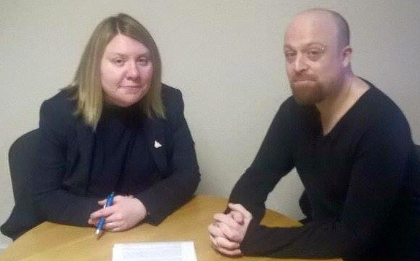 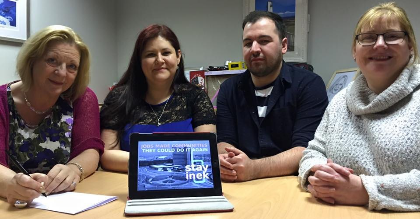 Following HMRC's announcement that over 2,500 jobs will be lost in East Kilbride over the next decade the Stay in EK campaign has begun by meeting with our local MP and MSPs, garnering cross party support for our calls to halt the HMRC office closure plans, from those we have met so far.

As we move into 2016, we intend to begin the public campaign to call on HMRC to Stay In EK and we hope everyone will join us to support the campaign to preserve local jobs, not just for the immediate future but for future generations as well.

To make sure you keep up to date with planned events, make sure to check the website regularly, as well as liking our Facebook page and following us on Twitter. Details can be found using the Get Involved link above